The World Of Baahubali 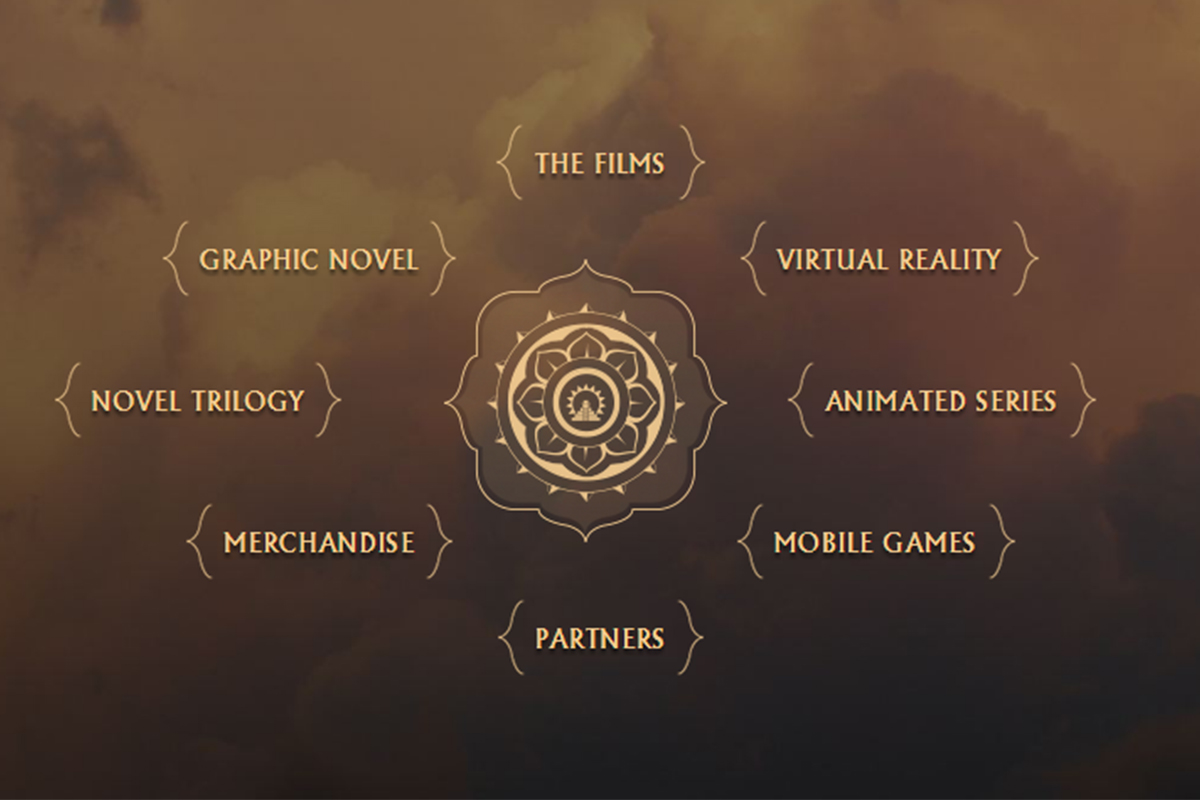 When S.S.Rajamouli started working on the concept of Baahubali, he knew the scope of it was humongous.

Apart from the two part movie installment, S.S.Rajamouli and Arka Mediaworks have teamed up with many partners to explore, and share with the world the endless possibilities of Baahubali; each telling a unique story and creating a new experience of its own.

Arka Mediaworks and S.S.Rajamouli’s Baahubali proudly present to you :

The World Of Baahubali

Arka Mediaworks and AMD Radeon Technologies Group have come up with the first of its kind immersive cinematic VR experience called “The Sword Of Baahubali’.

The 8 to 10 minute feature is set against the backdrop of the climax of “Baahubali 2 – The Conclusion”. While experiencing the Baahubali VR, the viewer becomes one of the characters in the narrative and interacts with the environment and other characters like never before.

“The Sword Of Baahubali’ is being premiered at the TRIBECA Film Festival, London.

Arka Mediaworks in association with Graphic India have come up with two innovative spin-offs; the Baahubali Graphic Novel and the Baahubali Animation series.

The Graphic Novel “Baahubali – Battle Of The Bold” takes place years before the events of the film, this never before seen story showcases a younger Baahubali and Bhallaladeva taking part in epic and deadly tournaments of champions, competing against fearsome warriors from around the world.

It reveals the journey of the brothers, Baahubali and Bhallaladeva, the challenges and obstacles they encounter while growing up to make their way to the throne.

To know more, check out…
www.facebook.com/BaahubaliGraphicNovel

The animation series “Baahubali – The Lost Legends” is set before the Kalakeya invasion depicted in the movie, when Baahubali and Bhallaladeva are still both young princes of Mahishmati.

The animated series will feature new, never before revealed stories about the characters from the film including Prince Baahubali, Bhallaladeva, Kattappa and Sivagami, as well as dozens of new characters that will expand the world of Baahubali and reveal hidden secrets for millions of fans.

To know more, check out…
www.facebook.com/Baahubali-The-Lost-Legends

Arka Mediaworks in association with Westland Books and Graphic India are coming up with a Novel Trilogy, being authored by Anand Neelakanthan. Known as Baahubali – Before The Beginning; the three book series depict the early years of Sivagami, tracing her journey to power, and the compelling bond she shares with Kattappa.

The first part of the novel trilogy, The Rise Of Sivagami was launched at the Jaipur Literature Festival 2017 and has been in the Amazon bestseller list for weeks in the categories of Literature & Fiction (Indian Writing), Action & Adventure, Myths, Legends & Sagas.

To know more, check out…
www.facebook.com/BaahubaliNovelTrilogy

Arka Mediaworks and Moonfrog Labs are coming up with “Baahubali: The Game”. It takes place in the Baahubali extended universe, where the player gets to be a part of the epic.

With this game, the player gets to fight battles with the heroes, troops and defenses like seen in the Baahubali films.

The end goal of the game is to earn and win grains, gold, and gems, and build the strongest Rajya (outpost) to protect the kingdom of Mahishmati from the Kalakeyas.

To know more, check out…
https://www.facebook.com/BaahubaliTheGame

Baahubali and Black White Orange have stepped up the game of merchandise and licensing by coming up with various merchandise and novelties in association with the following partners :

You can catch all the previous updates and more of the latest news from the Baahubali world on the official Baahubali App. Developed in association with Mobigesture, Baahubali App is a one stop destination to know everything happening in our world.

From updates about the movie, the upcoming events, the Baahubali franchise, to various day to day reminders – The App has it all and is a must have for all the Baahubali fans.

Don’t miss an update from the Mahishmati Kingdom…

With all of this, we can proudly say Baahubali is India’s biggest tent – pole franchise!