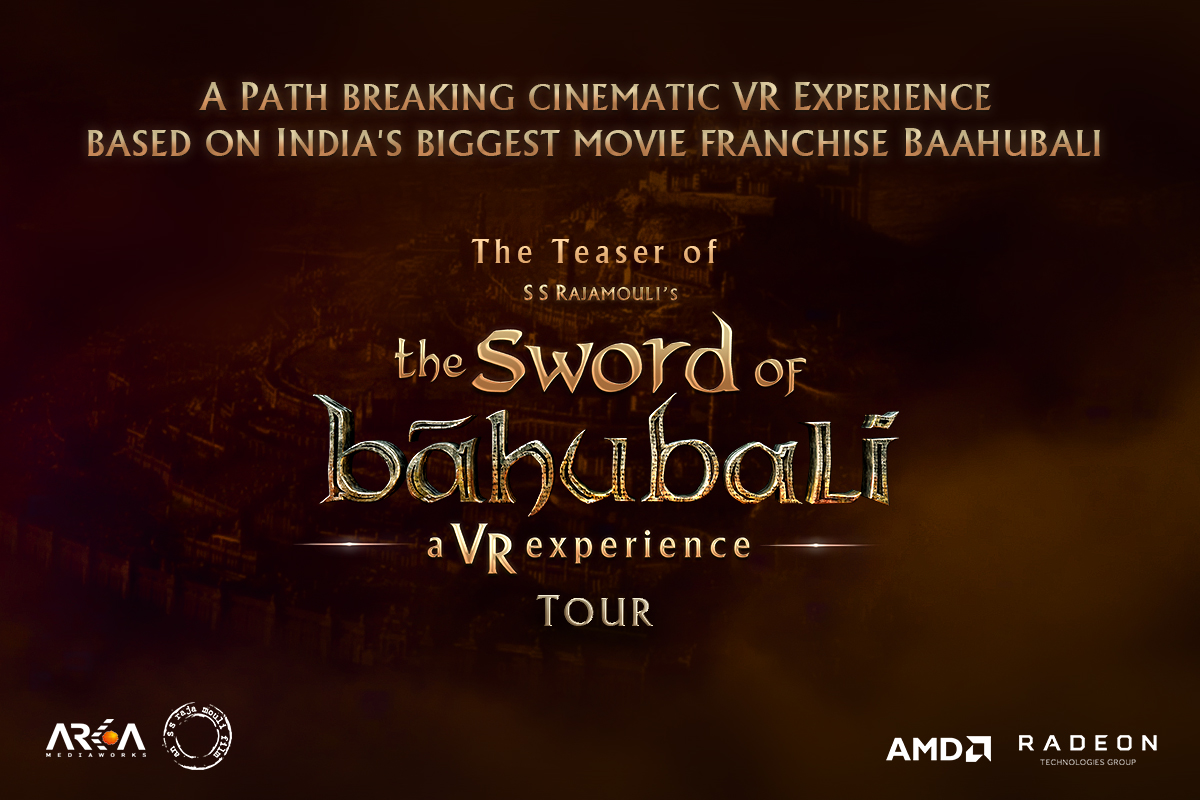 The most immersive experience of its kind, “The Sword Of Baahubali” is created in association with S.S.Rajamouli’s Baahubali, Radeon Technologies Group, and us, Arka Mediaworks.

Set in the climax of Baahubali 2 – The Conclusion, the teaser of “The Sword Of Baahubali” was first showcased at the Jio MAMI  Mumbai Film Festival with Star 2016 in Mumbai. The response it received was truly overwhelming…

“It’s Fantastic. It was so immersive, I audibly screamed at a point. I had so much fun, It’s Fabulous.”
– Anupama Chopra
(Indian author, journalist and film critic)

“The teaser was absolutely spectacular. It’s probably the first film out of India to have a universe around it. So happy that this is the country & film-making nation we come from.”
– Rajiv Masand
(Indian film critic and entertainment reporter)

“It’s intriguing. I would look forward to seeing the film after seeing a trailer like this. It was quite exciting.”
-Kiran Rao
(Indian film producer, screenwriter and director)

As it would have it, this was just the beginning of the Baahubali VR adventure. It’s been a roller coaster ride since!
The team left no stone unturned to ensure that the Baahubali VR experience reaches the most number of people possible!

From having the Baahubali Zone present at the different Comic Conventions in India, Hyderabad, Bengaluru, Delhi & Pune – #BaahubaliAtComicCon;

to being a part of the much esteemed 47th edition of International Film Festival of India 2017 in Goa;

to the ultimate Andhra Pradesh & Telangana Tour, where our VR experience was shown at various cities. .

It’s been a hectic yet truly great journey with the Baahubali VR experience.
All we can say, there is a lot more coming to you in the near future!

Gear up to immerse yourselves into the World Of Baahubali, like never before!

“The Sword Of Baahubali”- a VR experience COMING SOON!