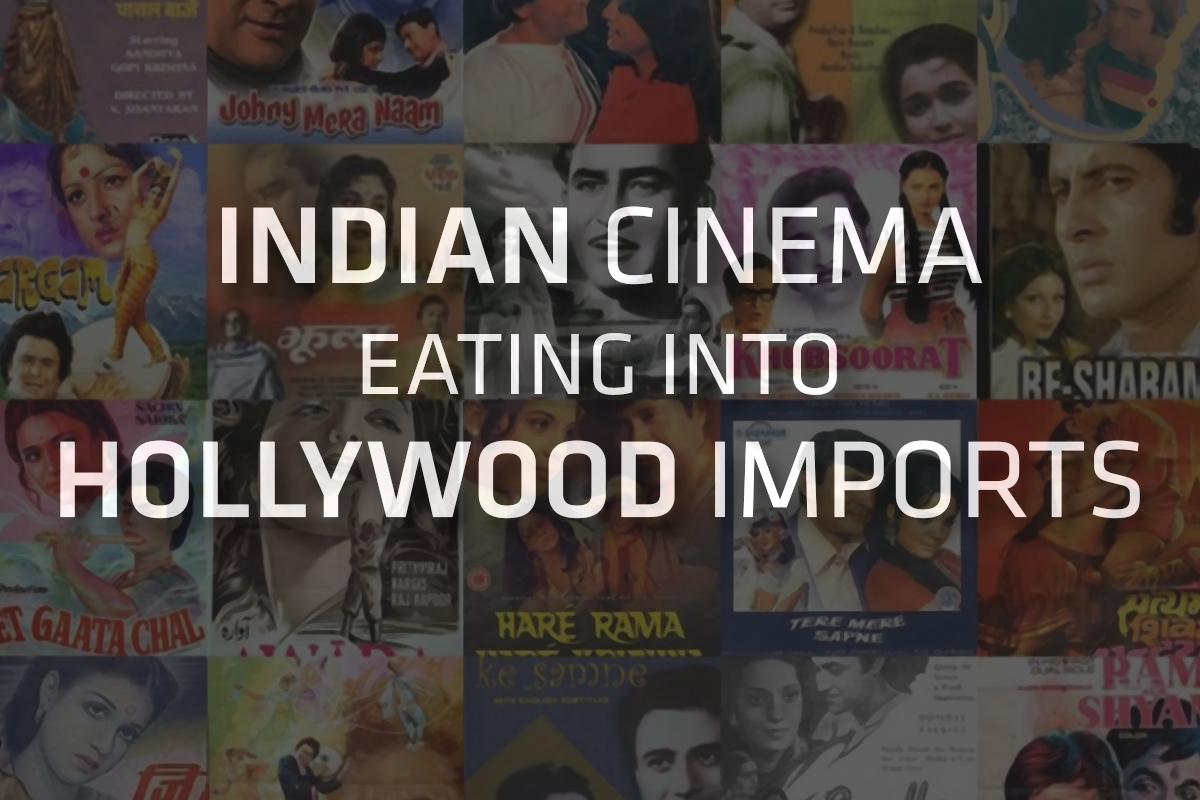 I recently read an article in Forbes, written by a Ben Simpfendorfer, which explores the reasons why while “Hollywood accounts for 60 percent of China’s box office revenue, the figure is less than 10 percent in India.” Simpfendorfer, an adviser and speaker on Asia’s biggest commercial trends, goes on to ask the million dollar question – “Why do Indian film fans flock to local films?”

As this year’s Make in India week just wrapped, where our CEO, Shobu, even spoke at the India Design Forum, I figured that this would be a fitting topic to discuss.

A big fan of Hindi and Tamil films, Simpfendorfer explains that as the Indian film industry is “highly fragmented and tailored to local markets,” the films are reflective of relatable themes and thus, attractive to the local audiences. China, on the other hand, he says has “far fewer films targeting local audiences.”

However, he then speaks of China’s “Bollywood-ization”, in the sense that there has recently been “a crop of low-budget films… beginning to grab market share.” Simpfendorfer then aptly credits the shift in consumer preferences toward more “localized offerings, whether that’s a film that’s touching on local issues or a laundry product tailored for local consumers,” as the reason behind the drop in consumer appeal for internationally made products.

First of all, let’s address the fact that he called this slow but steady shift in China’s film audience, ‘Bollywood-ization’ – quite a compliment to the Indian film industry, wouldn’t you say? Let’s just take a minute here to pat ourselves on the back…

China and India, the fastest growing markets in the world, have for years depended on the west’s entertainment industry for their big budget super-hero films, their historical period dramas, their satirical comedies, etc. – all of which lack cultural context for the rest of us. Don’t get me wrong; whether or not Ironman and I have any cultural correlation hasn’t affected my love for Tony Stark in the least. But today, the ability of our economies to provide the capital needed to create, produce and present our own big budget projects is truly something to take pride in.

‘Baahubali’, I feel, is the perfect example of this. An impressive visual experience, ‘Baahubali’ was successful in reflecting an Indian historical premise, Indian sensibilities and culture, while at the same time appealing to a larger, global audience. From a standing ovation in France to sold-out screens in Korea, the film has been captivating audiences worldwide. And this, my friends, is just the beginning!