Behind the Visual Experience – Part I 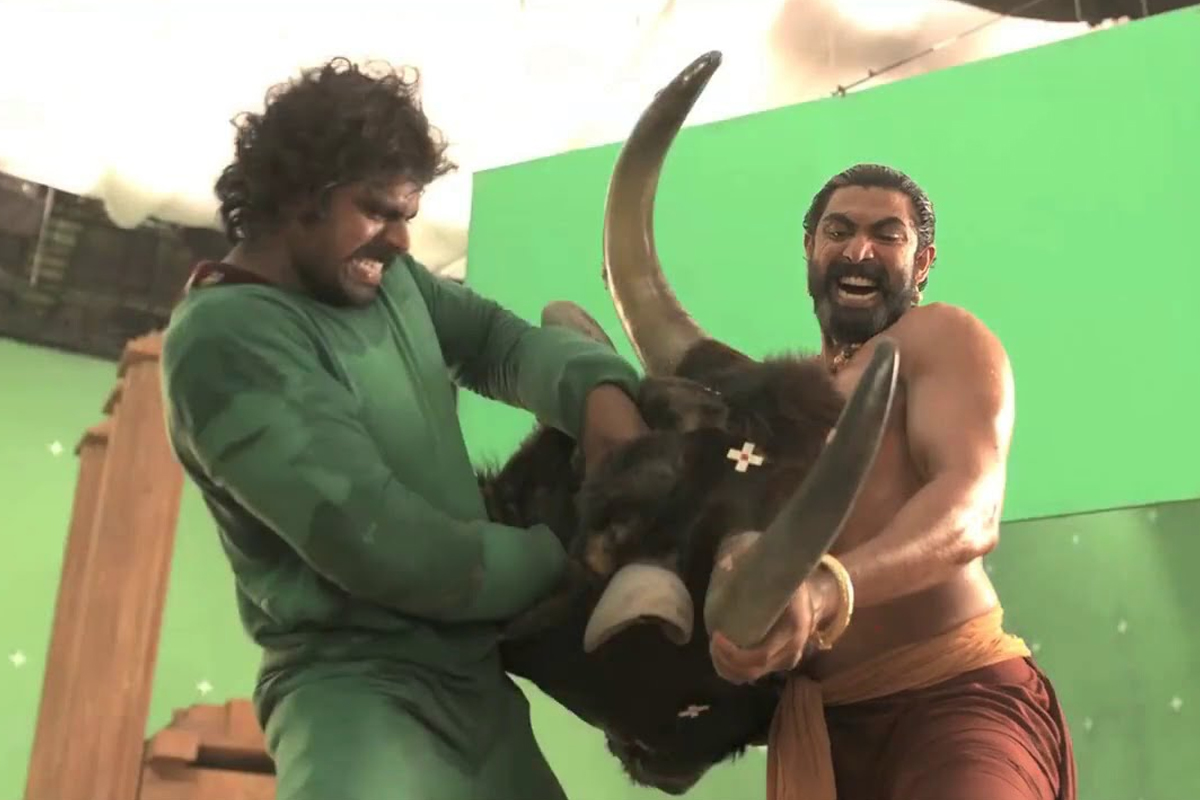 Ever wondered how Bhallaladeva fought the bull in his introduction scene or how Shivudu climbed the waterfall?

The war sequence in the film was one of the most challenging scenes to accomplish successfully as the aim was to show a 100,000 Kalakeya savages and around 25,000 Mahishmati soldiers. In order to achieve this, the team built an L-shaped green screen of almost 1200 feet and used drones and vehicles to capture soldiers running, etc. It took around 120-150 days to film the war sequence alone. This gives you all an idea of how much thought, effort and planning had gone into making the film the visual experience that it is.

Here, we give you an insight into how some of these VFX heavy scenes were actually filmed. Check out these making videos provided by Tau Films and Makuta VFX – two of the studios that worked on “Baahubali: The Beginning”.