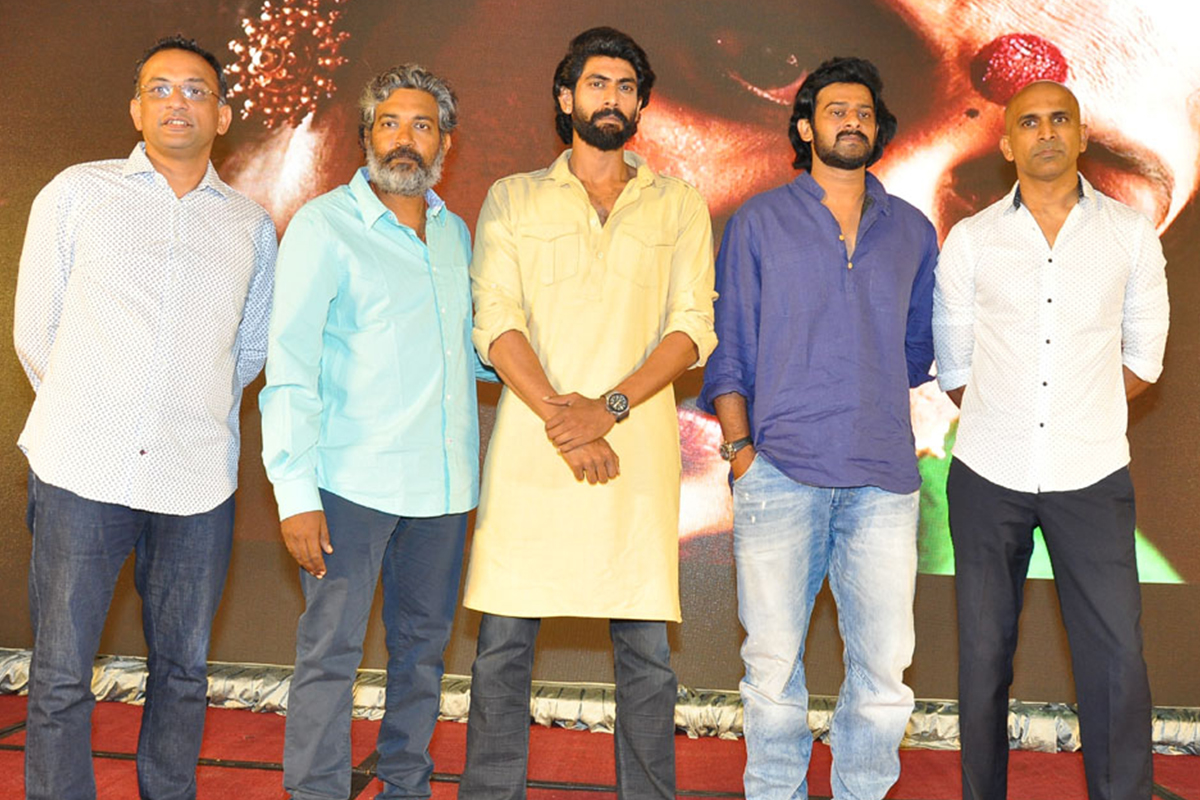 The much awaited Baahubali Press conference was held in Hyderabad on the 30th of September. The main agenda of the conference was to shed light on the various projects coming from Team Baahubali

The event saw full attendance of the excited media along with members of the Baahubali crew.
Present on the stage were the producers, Shobu Yarlagadda and Prasad Devineni, along with S.S.Rajamouli and the lead actors Prabhas and Rana.

The event began with the revealing of the logo of Baahubali – The Conclusion, and then proceeded with updates, key announcements and a Q&A session with the media.

With lots of big things coming from Team Baahubali, here’s what to keep an eye out for!

October 1st – The teaser of the animated series, Baahubali – The Lost Legends, will be available on amazon.in, the series will soon be out on Amazon Prime Video

October 22nd – The first look of Baahubali – The Conclusion

October 22nd – The first look of the Baahubali graphic novel which is being created in collaboration with Graphic India!

October 23rd – The first Baahubali VR Experience, a behind the scenes look at the making of Baahubali – The Conclusion will be released in association with AMD!

October is an exciting month for Baahubali! Stay tuned for lots more to come!