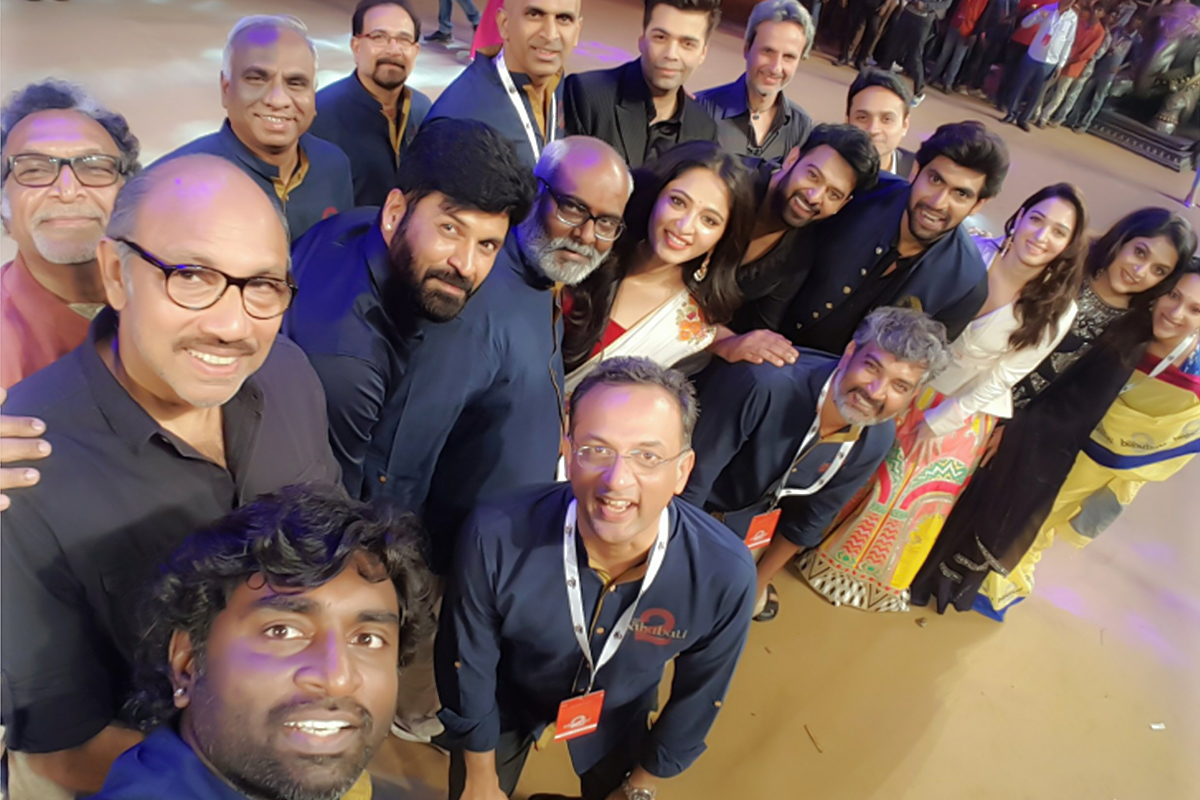 The much awaited #Baahubali2PreReleaseEvent, which happened on the 16th of March 2017, was quite a proud and distinguished affair.

It was a celebration indeed!

The entire cast, crew, technicians and the whole Team Baahubali gathered to unveil the music of Baahubali 2 – The Conclusion.

With the help of technology and to make all the Baahubali fans happy; For the first time ever, the entire event was live streamed, in 360 video, by AMD Radeon Technologies Group.

Set against the backdrop of the Mahishmati Kingdom, the event proceeded in true Baahubali and M.M.Keeravani style; leaving everyone amazed and mesmerized.

Post this spectacular event, all of us at Arka are definitely pumped up for the release of Baahubali 2 – The Conclusion!!

Meet you in the theaters on the 28th of April!

Meanwhile, you can delve yourself into the tunes of M.M.Keeravani’s Baahubali 2 music…