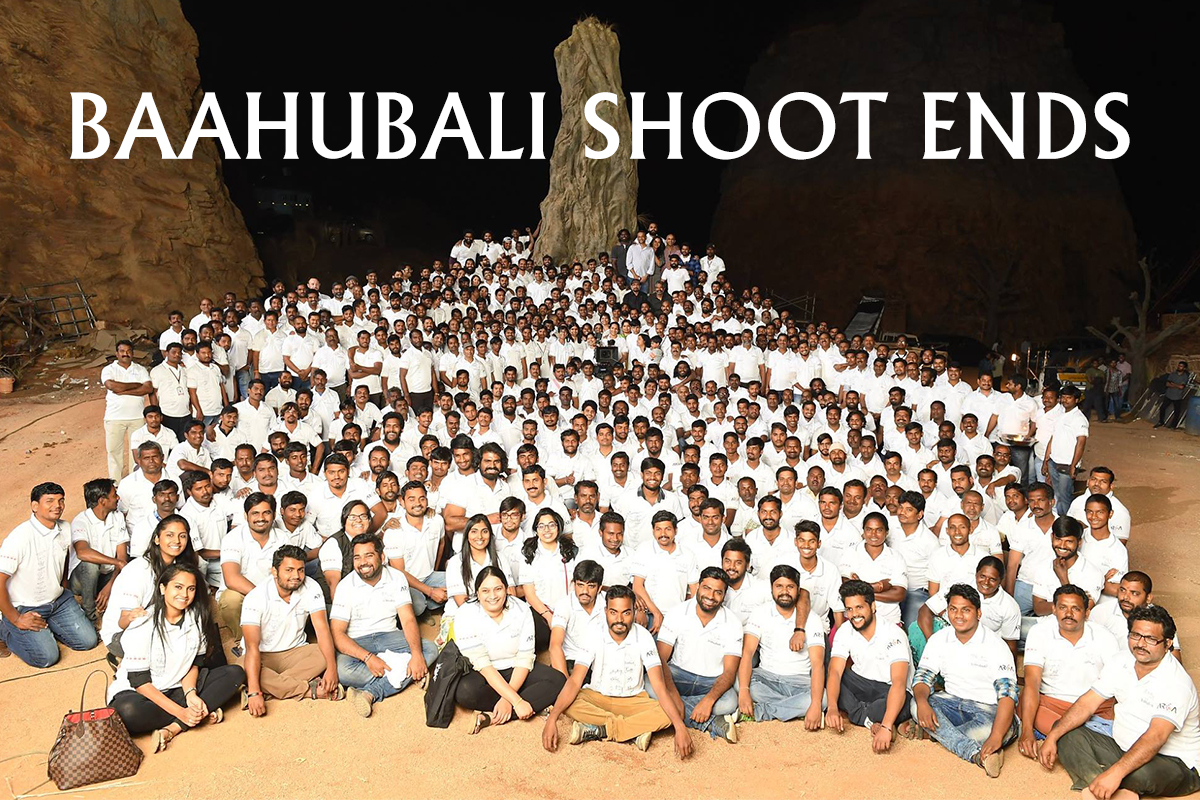 The 6th January, 2017 was an emotional, yet memorable day for the cast and crew of Baahubali. It was officially the last day of shoot for Baahubali, after 5 years, and 613 days of shooting!

The producers Shobu Yarlagadda & Prasad Devineni with the director S.S.Rajamouli, took this occasion as an opportunity to express how unforgettable and grateful they are, to everyone who has shared this journey with them.

Everyone who worked on the Baahubali movies received a special team Baahubali T-Shirt, in commemoration of this epic journey. 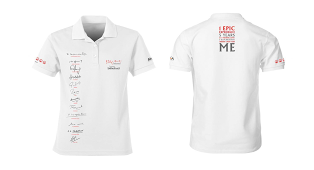 A personal letter of appreciation acknowledging their contribution to the film, from our producers & director was also awarded to crew members, along with individual pictures with the core team. 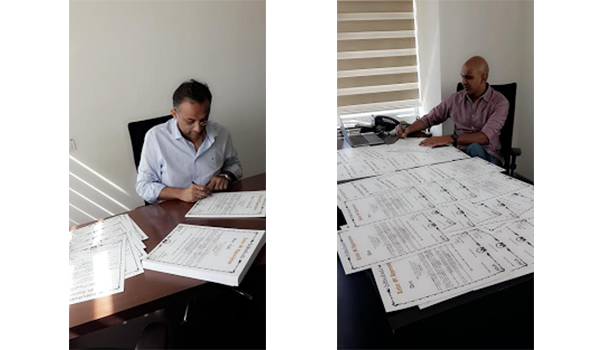 The heartfelt letter, a token of love and appreciation for the efforts put into the film read –

“When a person really desires something,
all the universe conspires to help
that person to realize his dream.”
Paulo Coelho
The Alchemist

In the beginning Baahubali was a dream – a spectacular vision of a larger than life canvas – a scale never seen before in Indian Cinema. In 2012, when we embarked on this journey, one thing was clear a dream as large as this deserved exceptional talent, perseverance and hardwork.

Today, it gives us immense joy knowing that you have given Baahubali everything you had; your contribution to this project is invaluable. Without your tireless dedication – either toiling away on the sets in extreme conditions, spending hours glued to the computer screen or holding up the fort at the office – this project would not have seen the unparalleled success, worldwide acclaim and recognition that it has.

We have achieved something very few people have been able to – and we did it together. Your skill, dedication and commitment made the dream a reality.

As we come to the end of this remarkable journey, we would like to place on record our sincere appreciation and gratitude for your immeasurable contribution to this, once in a lifetime, epic experience called Baahubali.

As you move on to your next projects, we wish you continued success in all your future endeavours!

We dreamed. We Pursued. We achieved 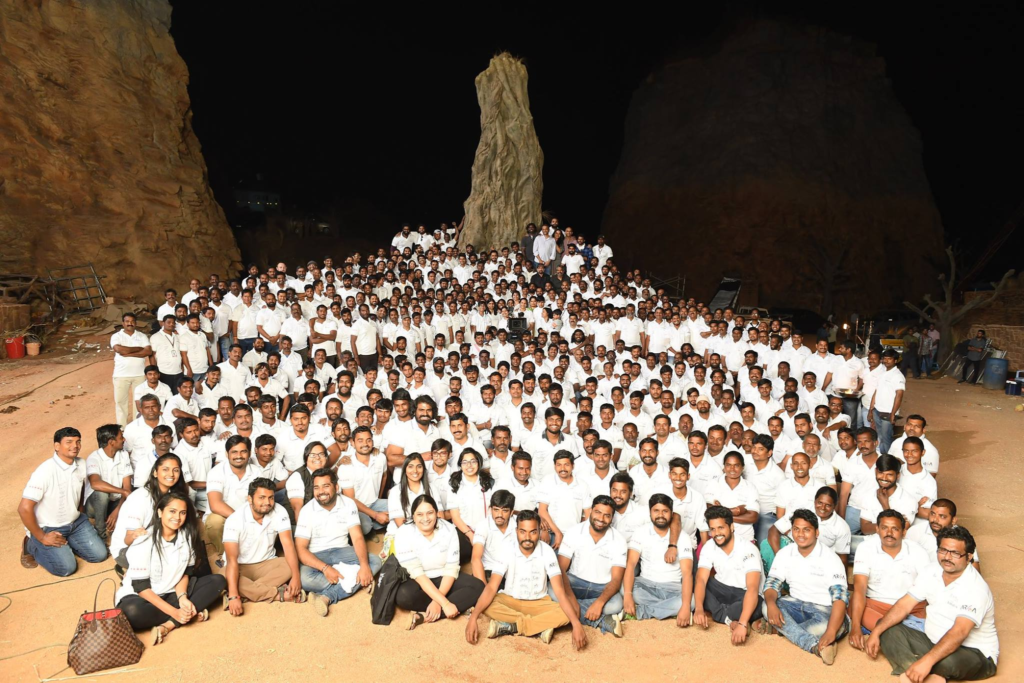